The Story So Far…

Punk Outlaw Records is proud to present Normandie Blue, a Punk band that plays melodic, haunting material with lyrics so personal that  you may find yourself looking over your shoulder wondering how this Los Angeles based band could possibly know your most private thoughts.

Normandie Blue was founded by Mexican-American musician, Alex Blue who began writing and playing music at the ripe old age of 12. By the age of 15 he fled his family’s home to begin his pursuit of a music career. This often solitary existence both galvanized and softened Alex as he soaked up inspiration from all the pain and hardship that went with being alone in the world at such a young age. Alex traded his lonely existence for a short career with the U.S. Air Force and then in Aerospace Engineering. He quickly realized he did not belong. He desperately wanted back the only thing that had ever made him happy… music. 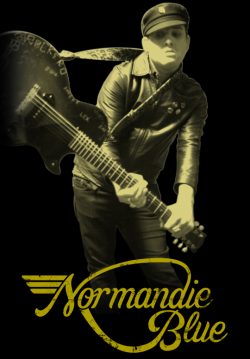 He was discharged in 2000 and while briefly living in New York City attending New York University, Alex scraped together enough money to return home to LA and form Normandie Blue. Despite seeing some success touring and recording, after a slew of personnel changes, Alex disbanded the band in 2004. Alex did not wander in the musical wilderness long before he was approached by a man who would soon become his most important musical mentor, Cesar, AKA “Cejas” of the legendary Psychobilly band Calavera. Cesar asked Alex to join the band as rhythm guitarist and Alex accepted.

Calavera had already gained a huge underground following. Alex rode the crest of that wave and toured much of the world and recorded two albums with the band. While performing and recording with Calavera on the Psychobilly/Punk circuit, Alex received an invaluable music education.  He learned real life lessons on how to become a better performer intertwined with the finer workings of the music industry. Alex soaked them all in.

In 2008, Alex left Calavera to try his luck again as a solo artist. Alex felt he needed to express his feelings and wanted to create an independent outlet for his song writing. The creative cauldron that was boiling within him almost became too much to bear and he turned to drink and drugs to cope. The chemicals, booze and depression perpetuated in an all too common story of a downward spiral that left him in the depths of despair.

At his lowest point, suicide seemed the only way he could ease the almost unbearable pain. Deep down, he knew his one chance of salvation was music, and that would be the one thing that could ease the pressure and once again save him.

When the twin evils of depression and insecurity reared their ugly heads and appeared to block his only escape route, Alex found the courage and more importantly inspiration and confidence to re-form Normandie Blue. Alex picked himself up, dusted off the remnants of any lingering doubts and went to work on putting the pieces in place to put out his best and most honest music to date.

Normandie Blue’s debut release “It Is What It Is” is out now on iTunes, Amazon Music and other digital music sites. 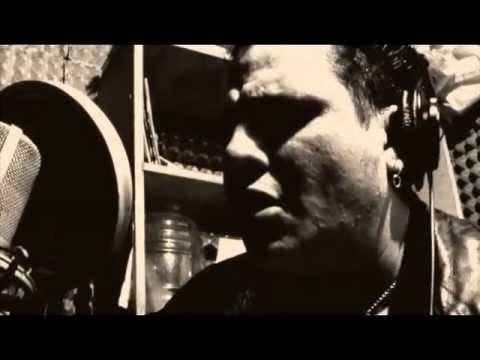