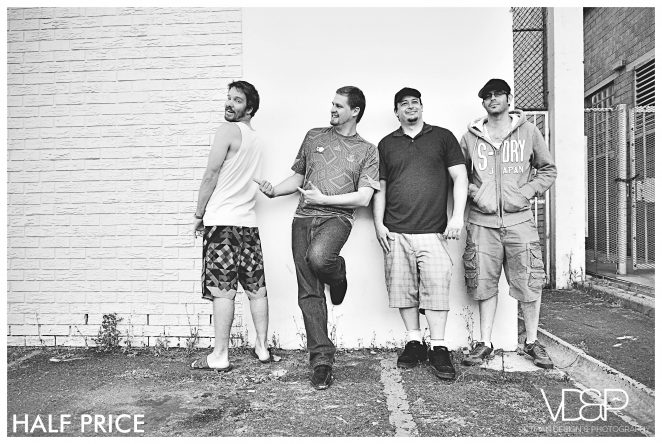 Since its inception in Cape Town in 2001, Half Price has caused havoc in South African music circles. Often described as “the best punk band you’ve never seen”, their unique style of punk rock has been accumulating followers and detractors in equal amounts. They’ve been banned from venues and had their applications to festivals burned and yet, like a truck careening out of control, they’ve bravely plowed forward refusing to back down.

Since 2001, Half Price has been spreading their high octane, and dangerously infectious party punk rock, touring extensively in Southern Africa and Europe. This relentless touring schedule has solidified a core following around South Africa and even drew the attention of German Punk legend Archi Alert (Terrorgruppe), who worked with Half Price on their 2010 album, The Monotony of Monogamy.

Half Price strictly adheres to its “We do what we want, when we want, how we want” ethos which has guided them through 5 studio albums and is a mantra that their fans agree with and completely endorse.

Straight Outta’ (South) Africa is their debut release in the U.S. and will be available May 2016.

Half Price “The Meaning of Self Restraint”