Punk Outlaw Records was founded by media entrepreneur, punk music fanatic and avid traveler Robert G. Rose in 2010 while working on his documentary Punktology. The digital record label and publishing company focuses on importing various styles of punk, ska, rockabilly and psychobilly music from musicians the world over to North American Audiences as well as licensing music for various TV and film projects. 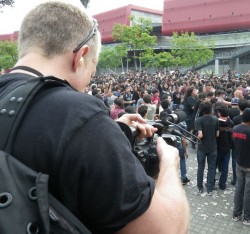 Rose spent 2011 living and traveling throughout Latin America and the Caribbean combing the vast territory for punk music while simultaneously working on the documentary “Punktology” and Raw Travel, a new kind of travel show for independent travelers that incorporates green travel,Â  voluntourism (helping others) and of course, punk music! 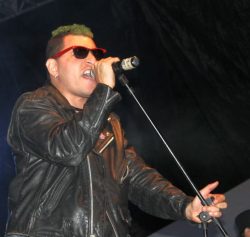 The title â€œFree Cuba Nowâ€ was chosen to help bring attention to the fact that Cuban punks, as well as many other subcultures on the island nation of Cuba, still suffer from suppression of their freedom of expression at the hands of the Cuban government. Rose witnessed this first hand while in Havana, Cuba when a punk was arrested by Cuban police for an apparent charge of “talking to a tourist”. 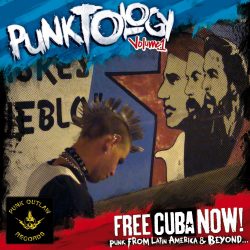 In 2012 Rose returned to the U.S. to focus on building Punk Outlaw Records. He relocated from his home of many years (New York City) to Los Angeles, arguably the hottest spot in the U.S. for various genres of punk, rockabilly and psychobilly music.

“Our goal is to get good punk music out to a new audience that would appreciate this style of music and to give talented musicians much needed exposure outside of their home countries” States Rose, Founder of Punk Outlaw Records. “If we sell music for the artists, that’s awesome as well, because that will help the label, the artists and the movement. But our primary goal is to help spread the message of punk irregardless of commerce. We try to run the label more like a cooperative, where everyone can share in the benefits as well as the work involved in making this happen.”