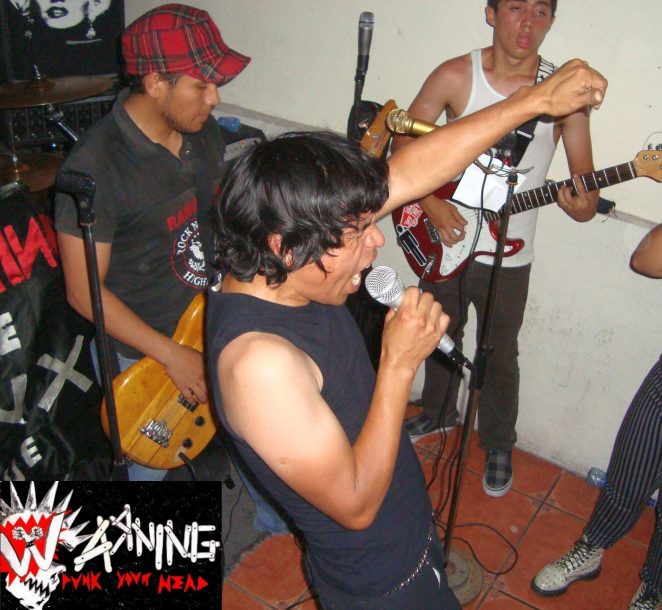 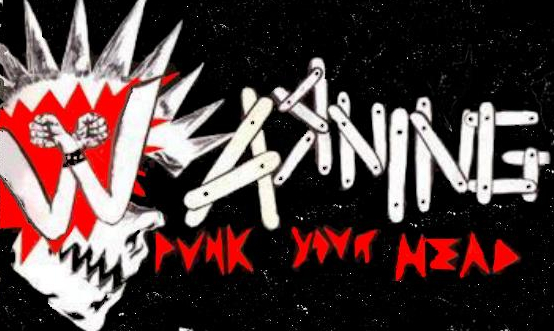 Warning! the following information could cause you to change your opinion of Guatemala and punk music forever.

Hailing from Guatemala City, Guatemala or Guate as it’s commonly called among the locals, Warning is a longstanding and legendary band helping to hold the small, but tight knit punk scene together. Guate is a city where it’s not recommended to go strolling around alone at night in downtown, so if you travel there, you might want to do like I did, and either stick to the tourist area of Zona Rosa or take some company like the guys from Warning who took it upon themselves to show me a side of Guate City few travelers would or should ever see.

There is strength in numbers you see and nobody knows that better than Hektor, the longtime spiritual leader of the punk scene and the band Warning! Hektor has made it his mission to keep the Guatemala punk scene alive and he’s done this in a variety of ways, from securing a rehearsal space where bands can play (in said downtown Guate) to organizing punk shows where everyone is encouraged to jump on stage and give it their best shot.

But the other thing the guy does is put out some damn good music with his mates. Like he did when he teamed up with Felix (guitar/vocals) and other members of Warning to contribute 2 songs to the Punktology Vol. 1 – Free Cuba Now! compilation. A more melodic but fast paced side of Warning! comes out with Felix’s vocals on “Sorry” and “I’m Not the Man I Used to Be” featured on the compilation.

Ah but Warning! as you might expect of a punk band from a place like Guatemala City has an angry side too. And with Hector’s powerful vocals and lyrics, you will get to experience it on their forthcoming CD, so stay tuned from this little band with big sound from Guatemala City.