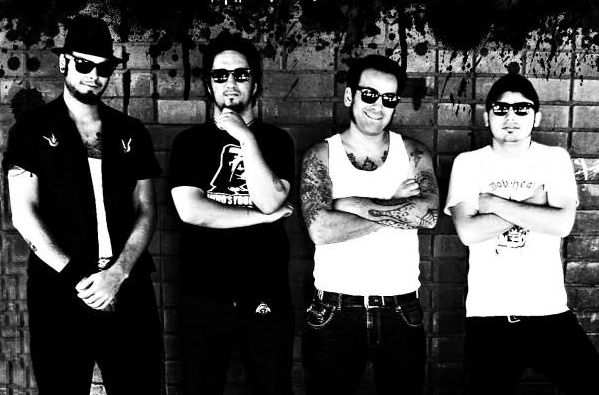 Rudos Wild (Rough & Wild) is a raucous, in your face punk and punkabilly band from Montevideo, Uruguay.

Rudos Wild has been performing their brand of punkabilly and psychobilly influenced punk rock since the bands’ formation in early 2003 by founding member Claudio “Peyo” Barrios (guitar and vocals).

Rudos Wild has always performed straight up classic punk rock that is heavily influenced by rockabilly, psychobilly and artists such as Social Distortion, The Misfits, Johnny Cash, Elvis Presley, Stray Cats, The Clash, Tiger Army, The Living End and Reverend Horton Heat to name a few.

The band’s primary message is to sing the truth with themes that everyone relates to like joy, pain, anger, bitterness and broken hearts.

In February 2010 the band met Robert Rose who was traveling through Uruguay gathering material for “Punktology”, his forthcoming documentary on the worldwide influence of punk music.

During his trip, Rose was fortunate enough to witness the guys performing live at a special rehearsal and a concert celebrating Peyo’s birthday. He returned to the U.S. with CDs of their studio recordings and couldn’t stop listening to their music, so in the summer of 2010, Rose signed Rudos Wild as the very first artists signed to the newly formed Punk Outlaw Records.

Rudos Wild currently resides in Montevideo, Uruguay and tour extensively throughout the southern tip of South America including Chile, Argentina and Uruguay. They plan to tour other territories including North America soon. 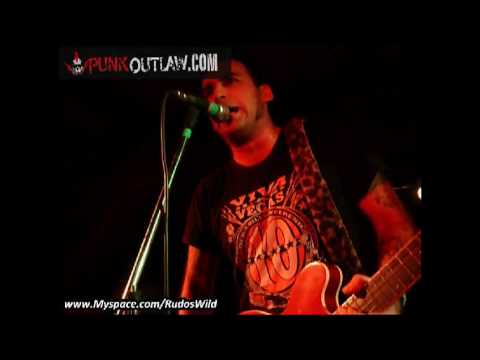