DMTR is a punk band from Quito, Ecuador, a place well known for it’s hardcore and heavy metal and less for the type of melodic punk that DMTR cranks out. Yet, DMTR, which take their name from Demeter, the Georgian Greek Goddess of fertility and nature, takes their homegrown style of punk very seriously.

In addition to a crazy fast beat that’s impossible not to move to, wrecking pit or not, their songs feature powerful lyrics that cover a wide range of social issues, like corruption, war and abuse of power; themes that have unfortunately plagued Ecuador since the Spaniards arrived on the scene centuries ago to today where the indigenous people of the Ecuadorian Amazon have been fighting Chevron (formerly Texac0) to clean up an oil spill for decades now.

DMTR’s musical influences are broad, citing U.S. bands like the Ramones and the Misfits as well as a smattering of thrash metal. And if you listen closely enough you can probably just make out the sound of  some west coast punk as well. Whatever, the influences, it’s hard not to like DMTR.

DMTR contributed two songs, “Sin Balas, Sin Fronteras” (No Bullets, No Boundaries) and “Mentira” (Liar) to the Punktology Vol. 1 compilation.  We hope to have more music from these guys and the country of Ecuador real soon. 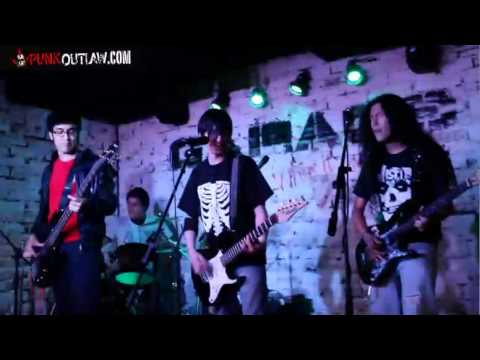